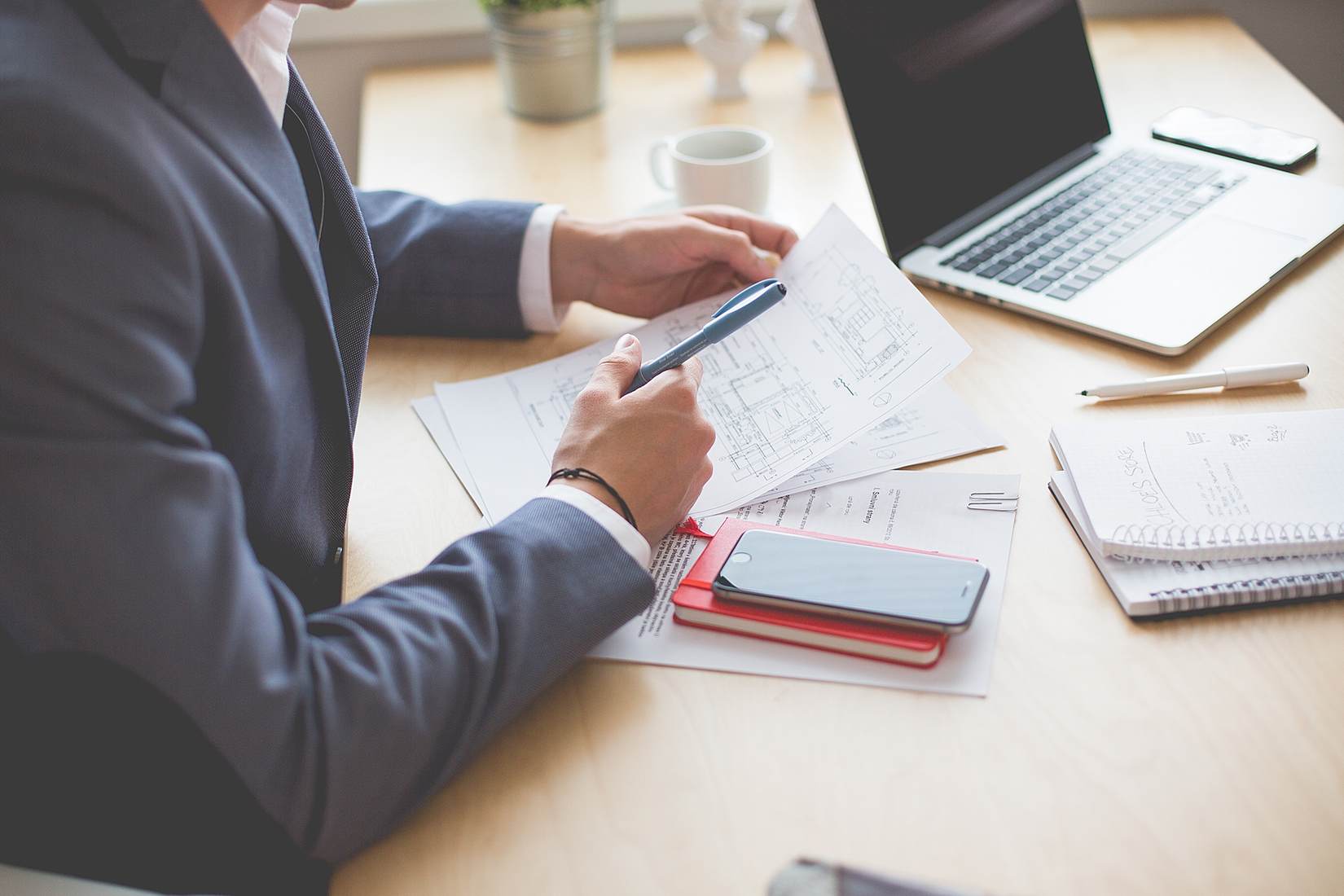 A Beginner’s Guide to Enterprise Software
Launchsoftware
An introduction to Enterprise software and the power it has to change an organization.

Enterprise software refers to the applications and software systems developed or commissioned internally by companies. They are either tailor-made from scratch or purchased from third-party vendors and heavily customized for an organization’s business.

Up until the mid-1970’s just about all software applications were limited to enterprises, due to the fact that enterprises were the only ones that could afford computers. Organizations such as Oracle, SAS and J.D. Edwards were the early movers when it came to delivering powerful database and accounting software solutions.

In recent years, cloud computing and Software as a Service (SaaS) offerings like Salesforce have shaken up the enterprise software space. Yet despite such innovation the traditional issues of developing and introducing an enterprise application into a business remains relatively the same.

What is Enterprise Software?

Some of the major product categories and solution sets of enterprise software are listed below:

There are a host of other enterprise software categories that span multiple divisions in an organization and cater to a wide range of customer groups. For example, the SAP Business Suite is a leading ERP package that is used within a large number of industries ranging from aerospace and telecommunications, to banking and industrial manufacturing.

The end-users of an enterprise system may not feel comfortable using the system. Resistance to the new system can lead to a drastic dependence on IT specialists, or an under-utilization of the enterprise system. To avoid this issue, enterprises must focus on listening to users. There should also be a significant amount of initial training dedicated to users during and after the initial deployment.

Thanks to cloud and mobile technologies, enterprise software is experiencing significant disruption. IT teams can provide application access to thousands of workers all through the cloud. Employees can download and update software through custom app stores built specifically for their company.

As it now stands, we are on the crest of a wave that will alter the traditional approach to software in the enterprise.

For the first time ever, Salesforce which is a cloud based software company, cracked the top ten list of enterprise software vendors worldwide. Once dominated by Microsoft, SAP, and Oracle, cloud players such as Salesforce are disrupting the world of software in the enterprise.

Software as a Service (SaaS) offerings that provide access to powerful applications in the cloud on multiple devices, are shaking up the approach to enterprise IT and business web applications. Workday is another example. Following a successful IPO in 2012, Workday has carved a deep path in Human Resource and recruiting software.

Companies like Salesforce and Workday pride themselves on the technical ease-of-use and aesthetic interface design. Such concerns were often sidelined by the traditional leaders in business software.

Salesforce CEO and Founder Marc Benioff, described his vision of creating the most intuitive enterprise software out there. And his strategy not only permeated the approach to software design and development, but also the very distribution model for selling access. SaaS models are emerging as the next iteration in software for the enterprise.

While logged into Salesforce, you’d be forgiven if you thought it was Facebook or LinkedIn. The interface is derivative of many social networks, which helps to minimize the learning curve for new users. There is even an app-store for integrating apps like Google Drive and an Apple Calendar or downloading custom apps that an enterprise makes available.

Workday, which specializes in HR software, modeled one of their newest products for recruiters by emulating the look of “eBay and Kayak.” The company also uses the SaaS model. For the most recent version, it took less than six hours to install for over 400 companies at once.

Even the way in which an IT team distributes applications across an enterprise, has evolved to become more intuitive and dare I say ‘consumer-friendly’. Dense spreadsheets, endless columns, and a cramped display for data-input fields, are no longer acceptable (if it can be helped).

While certain comprehensive applications require the ugly yet functional interfaces that are well-known to back-end systems. For instance, logistics systems cannot help but present information in the way that melds with existing workflows and a need for lots of data entry.

But even that aspect can be fixes through innovative design techniques, and approaches to things like ‘smarter transitions’ and user experience.

In a recent New York Times blog post, Quentin Hardy describes how “the new style of development is likely to make the products look more like consumer software.” He gives the example of Workday’s usage of their own application for searching internally for potential positions. Not only can employees easily search for available jobs, but they can share the job postings directly to LinkedIn and Twitter.

More and more, enterprises across all industries are seeking consumer friendly ways to make the most out of their business software.

If you were a business and/or tech professional of the 80’s you would have marveled at the new found capabilities founded by Kate and Robert Kestnbaum as CRM would forever change the face of sales, and relegate that rolodex on your desk to the punch line of bad jokes heard over the chatter of holiday office parties. Likewise, if your heyday was in the 90’s or early 2000’s you would have salivated over the enterprise capabilities that came along with the World Wide Web. Either of the above mentioned technologies were sexy for their time, they made the enterprise sexy, and they made the people who were working on the cutting edge of these technologies feel… well if not sexy, then at the top of their fields. But somewhere along the way we stopped caring about the usability of enterprise technologies and started focusing on the sales.

For longer than anyone has really cared to admit tech information behemoths like SAP and Oracle have focused their efforts on hooking Moby Dick companies and issuing updates to their software every so often—which by the way, puts a huge burden on interior IT teams to integrate without stopping workflow entirely. Then the cloud came along, which has been a democratizing force in the enterprise technology space, and with the cloud came the proliferation of open source software—which effectively let’s anyone with the required skill set to build big, beautiful, and effective technology platforms. Just take a look at Salesforce. Owning over $49 B of the software application industry’s total market value, Salesforce is a “force” (excuse the pun) to be reckoned with and owes its success to not just partnering with whale companies such as Sate Farm, rather, Salesforce has grown significantly because of its focus on building customer centric products, and not just building the best client list.

And it’s the later part of the previous sentence that has made Enterprise Software sexy again. Building more efficient systems that make people better at their jobs is the name of the game when it comes to today’s Enterprise Software companies. This is in direct opposition to the way that many businesses interact with older legacy platforms—which are inherently hard to use and rely on UX dashboards that would make a novice analyst’s eyes bleed. So what has caused the shift in paradigm from making software platforms that only tech insiders would think are interesting or beautiful, to making platforms that appeal to a broader spectrum? We discuss two reasons below.

In a now famous letter written by Airbnb’s CEO to his entire team entitled “Don’t F*ck Up The Culture” outsiders got a glimpse into just how important company culture is to one of the biggest and newest unicorn companies on the market today. If you were to compare this kind of cultural evangelism to pre millennial workers you’d probably find that this generation of employees are much more vocal about their opinions on how products should be made, and how companies should be run.

To back this statement up let’s take a look at a recent Wired article written Mathieu Turpault (the director of design at Bresslergroup). In it Turpault writes this:

“What most of the analysts I’ve read don’t get is that millennials are the first generation to truly live by its own set of consumer and business rules. As consumers, they expect the brands they follow to share their principles (much as Gen X and Boomers did before them). But as entrepreneurs, they’re also able to deliver on it.”

The fact that Entrepreneurs and companies in general now have the ability to deliver on customer expectations is owed to the fact that, with the advent of social media, consumers can legitimately put a magnifying glass up to the companies they follow. So let’s now take the above quote a step further and see how it translates to the enterprise. With Millennials now surpassing Generation Xer’s as the largest group in America’s work force it’s no surprise that much of the business software we use on a daily basis has a “Millennial” look to it. From applications such as Basecamp and Asana to Yammer and Slack, enterprise level software now owns a distinctive look and feel that’s indicative of the companies that make it. This would also indicate that company culture has just as much of a say in how and why products get made/designed, and with a new generation of builders that expect “sexified” technology in their own day to day products, it would follow that these same professionals expect to be able to build sexy technology too.

Need further proof that culture has an undeniable impact on the way Enterprise Software gets made? Take a look at this older project sourcing user interface from Oracle and compare it to this newer project management report by Basecamp. Now imagine that you had to guess which company brought in a margarita machine to help celebrate an especially great quarter, and which company didn’t celebrate at all.

Of course, just because Enterprise Software has become sexy again doesn’t mean that the industry is all about Margarita Mondays. The bottom line is that every business, from Enterprise level companies to startups have a massive amount of data to digest, analyze, and then put into action. You have to be able to juggle content strategies with product cycles while at the same time making sure that employee reviews get scheduled so that your workforce turnover doesn’t skyrocket. All this being said one of the biggest differences between today’s business world and the business world of Generation X and the Baby Boomers is the sheer amount of information that executives and managers have to analyze on a daily basis in order to make their companies more agile and more profitable.

Just take a look at Enterprise Software stalwart IBM. You’ve head the term “no one ever got fired for choosing IBM” and for many years it was IBM’s gigantic status in the tech world that made it slow to adapt. Today however, you’d be hard pressed to find a sexier analytics platform than Watson. Likewise other analytics platforms such as Tableau and Adobe’s Marketing Cloud owe their success to beautiful user interfaces the help users visualize complex data sources.

And while there’s still is a stigma that hovers above the phrase “Enterprise UX” the tide is starting to turn. User interfaces are key to businesses as disparate from one another as healthcare and finance—and many of the people who rely on these user interfaces have a limited amount of technical knowledge when compared to the developers and designers that build these essential dashboards. As Big data becomes more and more of the driving principals behind big business decisions we should see more Enterprise Software platforms that allows workers to visualize that data in a way that enhances user experience and makes employees more effective at their work.

Web Scraping and You: A Legal Primer for One of IT’s Most Useful Tools
related content 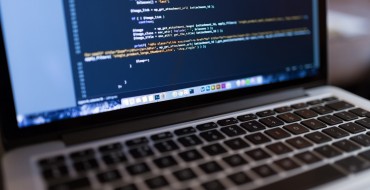 An Introduction to Data Scraping Online 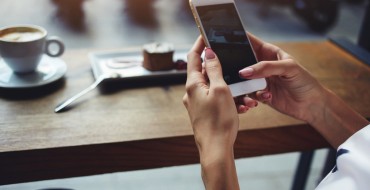 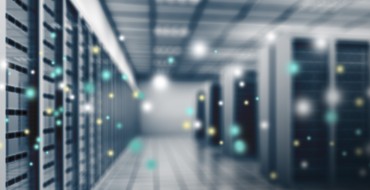